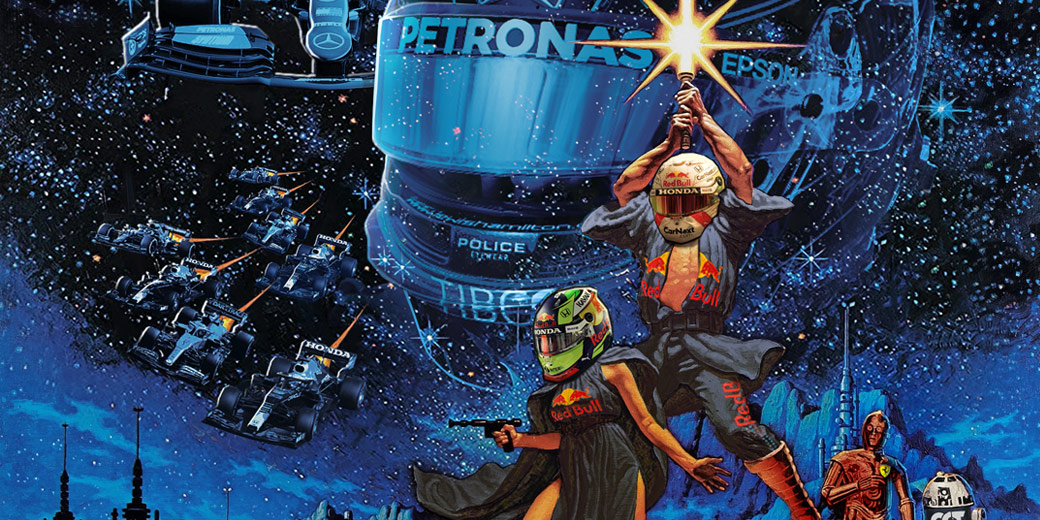 The early stages of the 2021 Formula One season has finally given fans hope of an epic battle between Red Bull Honda and Mercedes. Could this be the year Max Verstappen dethrones Lewis Hamilton, ending Mercedes’ seven-year reign as Constructors champions?

Inspired by Star Wars: A New Hope, I put an F1 twist on the original “Style B” poster by the Hildebrandt brothers. A few of the references include Max Verstappen as Luke SkyWalker, Lewis Hamilton as Darth Vader, The Mercedes W12 as the Death Star, and the Red Bull RB16B, the McLaren MCL35M, and the Aston Martin AMR21 as X-wing Starfighters. 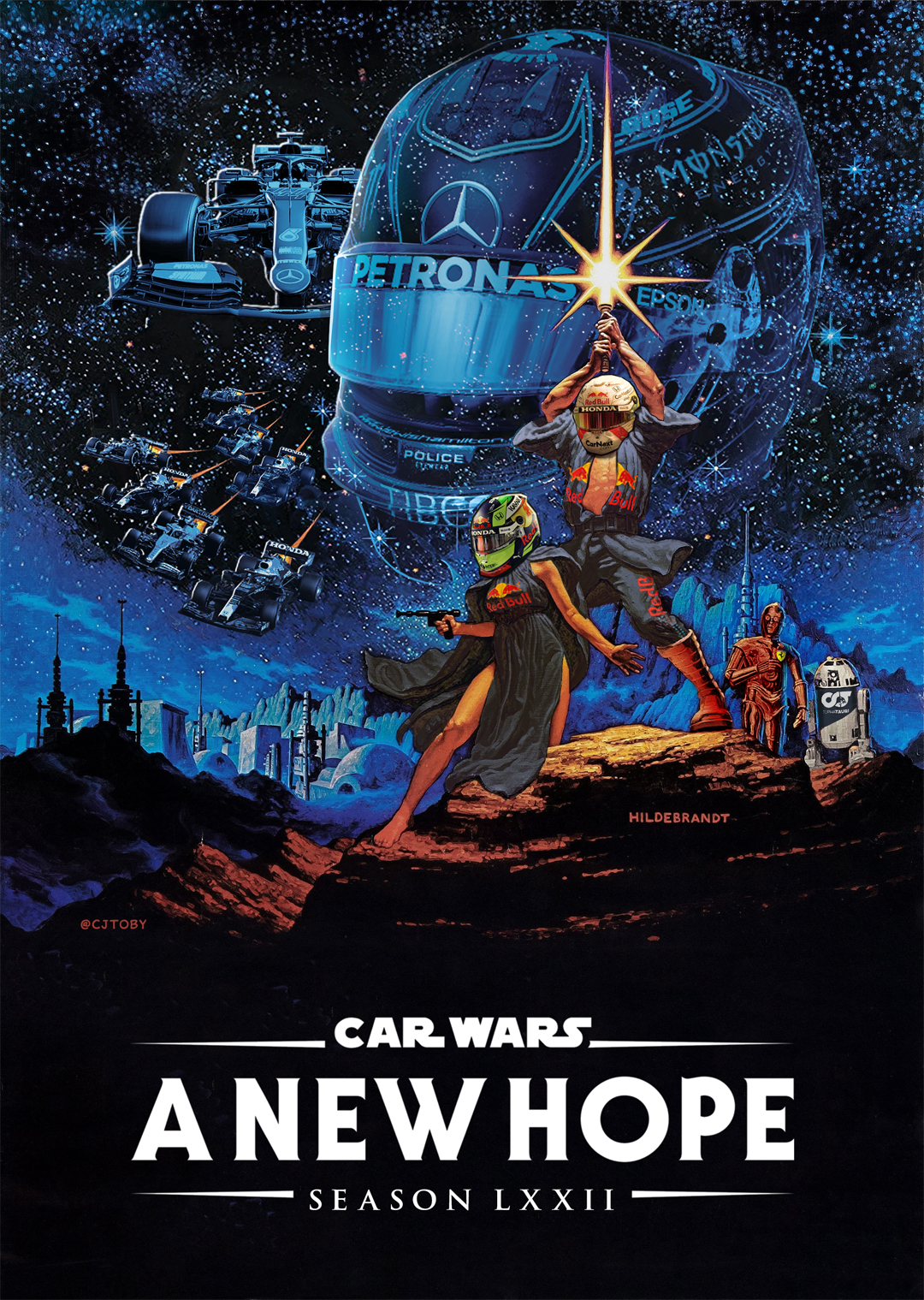